The 20 Richest NBA Players of All Time

There are two things everyone in the world knows about NBA players. The first, is that they are good at basketball, and the second, is that they make boatloads of cash for their talents. Here at Playmaker HQ, we wanted to take a look at just how much some of these players have brought in over the years. I think you will be somewhat surprised at the amount of wealth some of these players have amassed, both while playing, and after their time in the league has passed.

We have used information from Celebrity Net Worth, The Richest and Forbes to create this list with up to date figures as of 2018.

Yao Ming is a retired Chinese Professional NBA Player. He played for the Houston Rockets, and at 7’5â€³ he was one of the most famous players to ever come out of China, and his huge endorsements from back home have let him amass a  Net Worth of $120 Million.

Dwyane Wade has spent the last 14, minus a few, seasons as the franchise play for the Miami Heat. His numbers would be even higher than this if he hadn’t sacrificed his own salary to make his team better. His Net Worth of $125 Million comes from his NBA salary, numerous endorsements, and a life time deal with Li-Ning Shoes in China. Carmelo has played in the NBA for just as long as Dwyane Wade, and has always commanded top dollar, between his salaries, and various other endorsements, he has made a respectable $125 Million Net Worth. Westbrook is currently serving as the franchise player of the Oklahoma City Thunder. Having always commanded max contracts, and his continued sneaker deals, and “god status” in OKC it’s no surprise that Westbrook comes in with a Net Worth of $130 Million.

“The Big Fundamental” played in the NBA for 20 seasons, and received a max contract for most of them, so it is no surprise that he has amassed a Net Worth of nearly $135 Million. Something that you may not know is that Tim Duncan using a significant amount of money for the Tim Duncan Foundation, to help fund numerous charities. “The Glove” is a retired professional NBA player that played for 4 NBA teams He was able to build a Net Worth of $140 Million Dollars. While his most recent scandal involving a transgender ex might impact this number, Dwight Howard has had an incredible career, and many endorsements, and he has built a Net Worth of $140 Million.

As one of the oldest players in the NBA, Dirk has been getting that NBA salary for a long time now. He’s also been a franchise player for the Mavericks for most of his career, which means a big salary. He currently has a Net Worth of $143 Million. 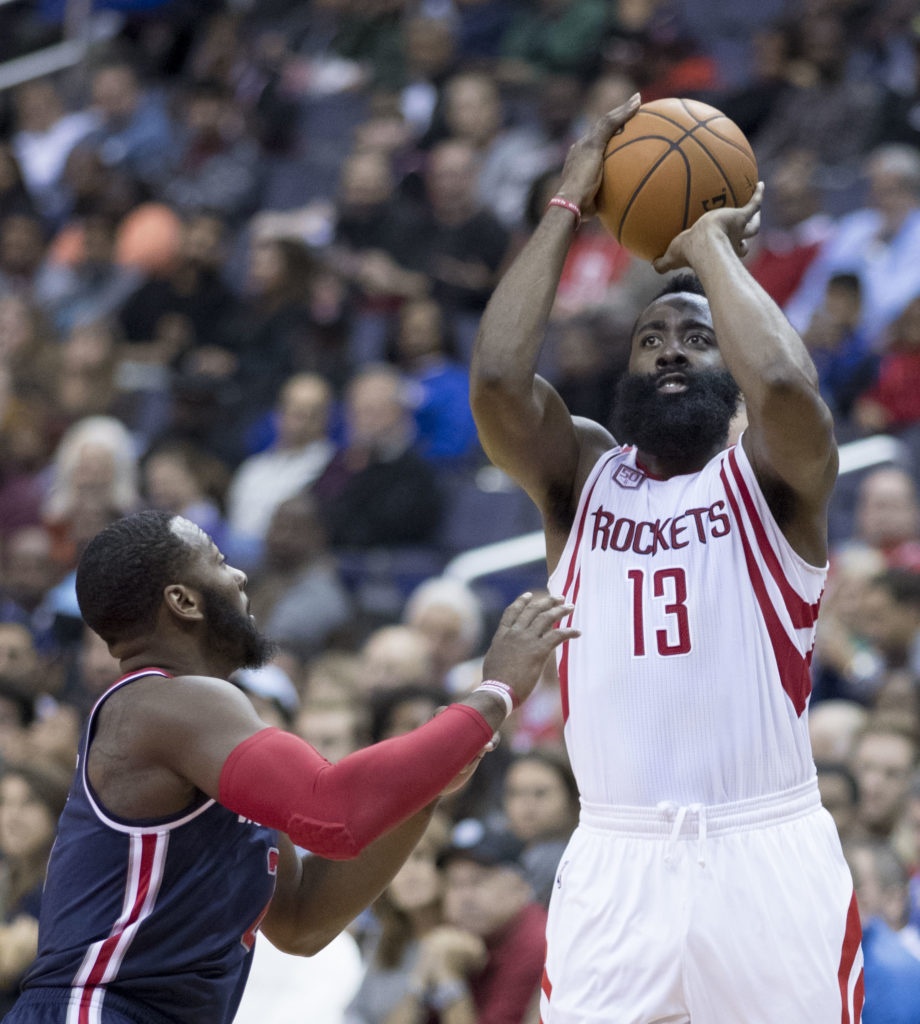 With countless endorsements, years of max contracts, and a beard worth over 10 million, harden has amassed a Net Worth of $145 Million. Durant has been one the biggest stars in the NBA since 2007, and has built quite a portfolio of endorsements, and has commanded max contracts since he started in the league, and this has resulted in a Net Worth of $170 Million. Hill has been really conservative with the money he made as an NBA player, and has built a Net Worth of $180 Million from his time in the NBA. Garnett has a shoe empire, almost 20 years of max contracts, and other entrepreneurial endeavors to thank for his huge Net Worth of $190 Million Dollars. As reigning NBA All Time scorer, Olajuwon had endorsements coming from almost every major company, and always commanded max contracts, and to this day gets paid for his likeness in every NBA related video game that comes to market. All of this came to a whopping price tag of $200 Million Dollars. “The Admiral”, similar to Hakeem Olajuwon, he was just at the peak of the NBA, and make huge money from every which way from the league, and endorsements and shoe deals. This resulted in a Net Worth of 200 Million.

Kobe probably would have been even higher on this list if not for his sexual assault scandal which lost him several endorsements, but even so, with shoe deals, a long career of salaries, and regaining many endorsements, he built a Net Worth of $350 Million.

After a long career of hugely lucrative endorsements, max salaries, and various other money-making opportunities, Shaq comes in at number 5 with a Net Worth of $400 Million. This also comes from his rap career, several movies/tv shows, and his current career as a TV personality for TNT.

Lebron James has amassed a Net Worth of $440 Million. He did this by both the usual, salary, endorsements, etc., and through hugely lucrative business deals such as beats headphones, movie and TV deals such as the upcoming Space Jam II, and other investments.

After Magic contracted HIV and left the NBA, he became quite the entrepreneur, and has since created lucrative partnerships with companies such as Starbucks, Friday, and 24 Hour Fitness. He has built a fortune, coming in a $600 Million Dollars. Junior did not make the same kind of salaries that we see in the NBA today, but he used that money better than many who come out of the league. He used his money to purchase 160 outlets, and 118 Chili’s restaurants. Over the years, he has made a huge Net Worth of $620 Million dollars.

As potentially the Greatest of All Time, Michael Jordan has been able to use his fame to build numerous businesses, such as air Jordan shoes and Apparel, and the most lucrative lifetime deal with Nike in history, as well as ownership interest in the Charlotte Hornets. Michael Jordan’s incredible entrepreneurial spirit has amassed him a king’s ransom, with a Net Worth of 1.65 Billion Dollars. Let’s not forget his Movie career, and many other on-screen activities.

Clearly, the NBA generates wealth like few other opportunities in the world, and the only thing our team at Playmaker HQ can say to all of you is, let’s get out there and out earn them, let’s make some plays.